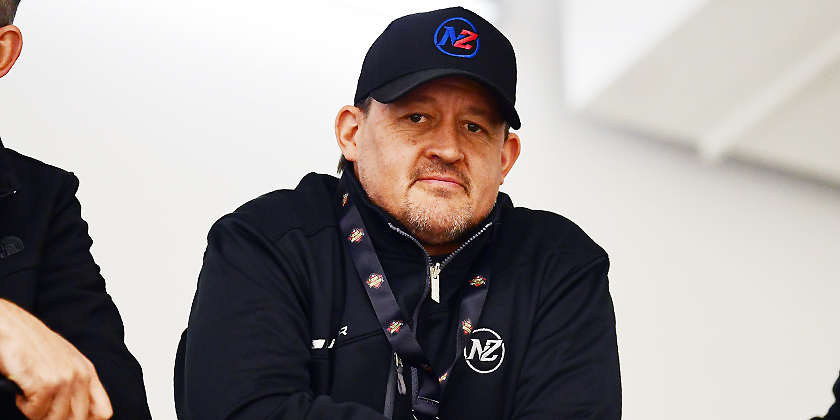 Neutral Zone LLC is proud to announce the launch of a new website dedicated exclusively to the NHL Draft, which will officially begin coverage at the end of this month. Leading the new venture is former NHL defenseman Ian Moran, who spent 15 years in the National Hockey League as a player for the Pittsburgh Penguins, Boston Bruins and Anaheim Ducks.

“It’s hard to measure the intangibles that it takes to play in the NHL.,” said Neutral Zone Director of Scouting Brendan Collins. “Historically, NHL Draft analytics show us that outside of the top-50 players, the remaining 150+ players selected have very low rates of success in making it to the league. Furthermore, there is statistically very little difference between the 61st player selected and the 120th player selected in having an NHL career. That’s why we hired Ian; it was very important to us to hire someone who had a long history playing in the NHL, understands the intangibles it takes to have a career in the NHL and had all three facets of playing experience, coaching experience and scouting experience. We believe this will give us the most well-rounded coverage of the NHL Draft that is available. Here, we will have coverage of the draft by someone who has traveled the same path as the players hoping to make it to the NHL, which differentiates us from everyone else.”

Moran has been with Neutral Zone for the past 3 years, serving as one of the organization’s top scouts. Moran, who spent last season as the head coach of the Evansville Thunderbolts (SPHL), was highly sought after this summer.

“This is a great opportunity to run a scouting team,” Moran said. “I am looking forward to chance to cover the globe instead of just one geographic location and to lead a team that will provide in-depth coverage of NHL Draft prospects.”

Over the course of the upcoming season, the Neutral Zone NHL Draft site will cover all prospects eligible for the 2020 NHL Entry Draft, including players from Europe, CHL, junior hockey, college hockey, prep schools and high school. Moran will scout players in-person all season while also leading a staff of 10 scouts dedicated to covering prospects for the NHL Draft.

“It’s the right time for us to expand our coverage to the NHL Draft,” said Neutral Zone founder Steve Wilk. “This year’s NHL Draft will be the first time we have three years of historical scouting reports on draft prospects, having covered many of these players since they were bantams.

“What will differentiate our coverage is that we have an NHL veteran running the scout team and will have final say on all rankings and grades. Ian knows what it takes to make it in the NHL and has proven himself to be an excellent scout covering bantam, midget, prep, high school and junior hockey for us the past three years. Neutral Zone has a proven track record covering NCAA and CHL prospects and now we are taking what we’ve learned and combining it with our research and analytics on prior NHL Drafts to attack this project.”

Moran has brought on current Neutral Zone scouts Paul O’Hagan and Marlin Muylaert to assist in CHL scouting. Currently, he is still in the process of rounding out his scouting team.

The new site will be launched by the end of September and Neutral Zone is excited to bring news, scouting reports and information on the NHL Draft this season and moving forward.

“We always wanted to provide coverage on the NHL Draft, but we take our credibility seriously and we needed a former NHLer to run it full time,” Collins said. “Across our company, all of our scouting directors have played and/or coached in the leagues they are scouting. With Ian, we now have a longtime NHL player, who knows what it takes to make it to the NHL, running the draft website and stays consistent with our core scouting philosophy at Neutral Zone.”