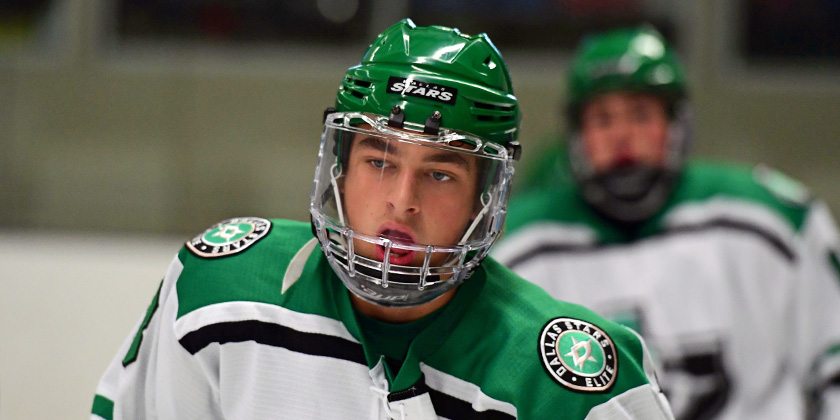 The focus at the Tier 1 Elite Hockey League event in Windsor, ONT was on the U16 level.  The league is very deep once again with future Division I players from all around the Country.  There were some good hockey players that didn’t make the top 40 this weekend, but look for some of them to appear on next month’s list as the league will take action in New Jersey.

Chase Yoder (F) (L, 5-9/156, Dallas, 02) – A bantam aged player who is playing against players one and two years older than him.  He showed very good puck skills and the ability to make plays all over the ice.  Shifty and strong on his edges, he had the ability to create in tight areas.  Showed good hockey sense and an understanding for time and space.  A fun player to watch and to track in the future as he becomes older and stronger.  He should be receiving a good amount of Division I attention at the moment.  Grade: A