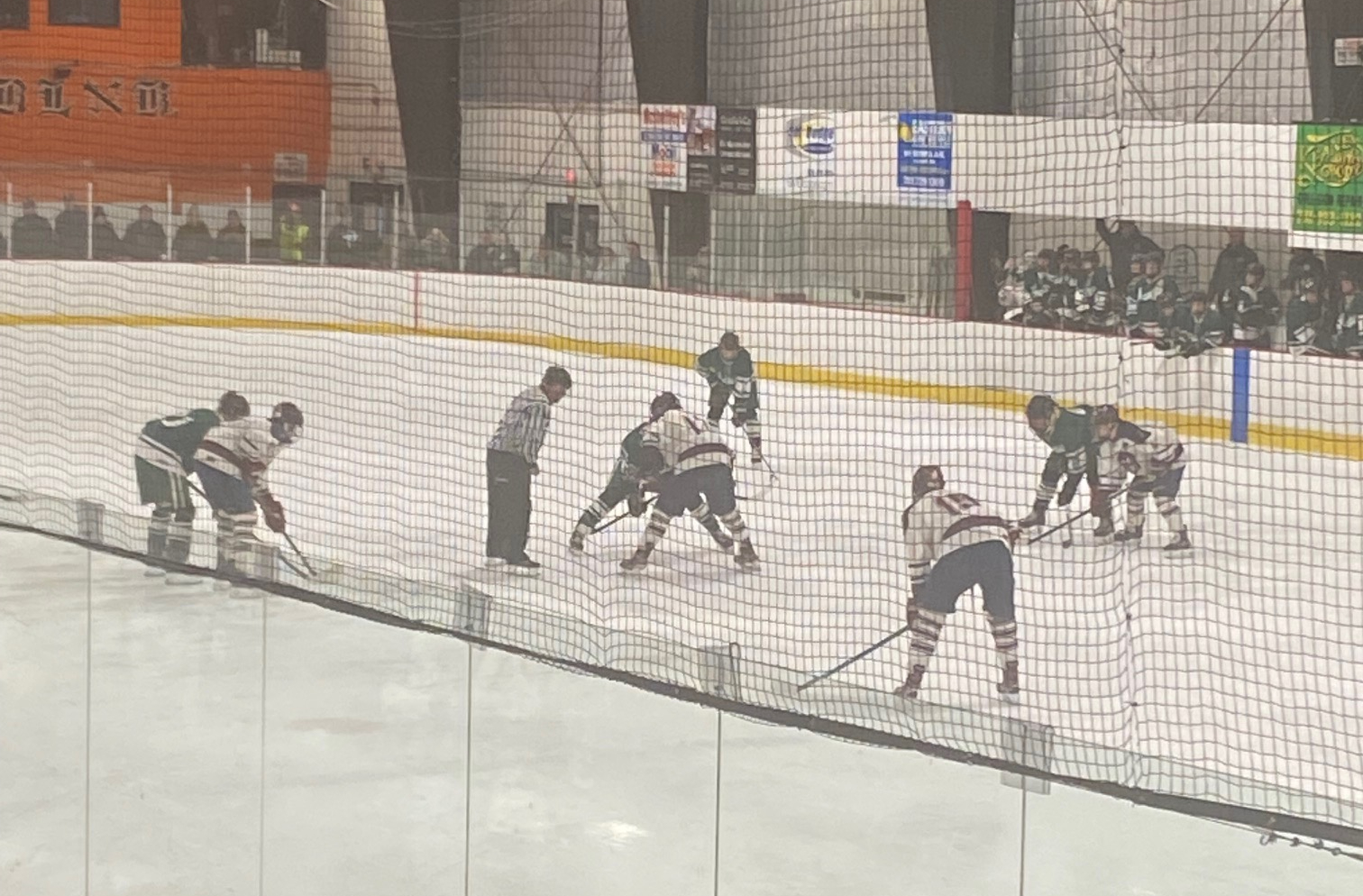 Woburn, MA – The #10 ranked Marshfield Rams traveled to Woburn to face the #7 ranked Belmont Marauders in quarterfinal D1 MIAA Tournament action. This game was originally set to be played on Belmont’s home ice but it was deemed a larger venue was needed to house the fans who would attend, hence the move over to Woburn. Both teams entered this game with shutout wins in the first round as Marshfield beat Lincoln-Sudbury 2-0 and Belmont beat Natick 3-0. The winner here would advance to the Round of 8, a big tilt in the D1 bracket.

As expected, the first couple of minutes were a feeling-out process between both teams. Belmont, especially their first line, put a ton of pressure on the Marshfield defensemen. They play with great structure and layers so it was tough for Marshfield to get any Grade A scoring chances. Belmont’s hard work would pay off with 10:40 to go in the first. Cam Fici would find Peter Grace just inside the offensive blue line who ripped a shot to the net that was tipped in by Matty Rowan, giving Belmont the 1-0 lead.  Both teams had power play chances in the period and both teams came up with nothing to show for them. Belmont’s Rowan played with good pace and was tough for Marshfield’s defenseman to handle throughout the frame. The period would end with the Marauders up 1-0.

Marshfield would come out strong for the beginning of the second, then it would even out towards the middle and end of the period. Marshfield’s Tommy Carroll was all over the ice and was tenacious on his forecheck. The Rams generated a few opportunities off the forecheck but Belmont’s senior goalie Ryan Griffin was up to the task. Belmont would find their legs in the middle of the period and generate a few chances of their own but Marshfield’s Brady Quackenbush turned them all away. Marshfield would go on the power play with a minute left in the period, but Griffin turned away the couple of shots they had. The period ended with Belmont still holding the 1-0 lead.

The third period would begin with Marshfield on the power play and they would capitalize. Defender Connor Merrick would get a puck through traffic from the left point hitting the post and senior forward Collin Doyle would collect the rebound and score, evening the game at 1-1. Both teams had some chances and both goalies would stand tall, but Belmont wouldn’t be denied. With a faceoff to the left of Quackenbush, Belmont’s Rowan pushed the puck forward and junior forward Shay Donahue picked it up and beat Quackenbush with a backhand short side along the ice, giving Belmont the 2-1 lead.  Marshfield would eventually pull their goalie and Belmont’s Fici would find the empty net to close out the game. 3-1 final for the Marauders, they now advance to the Round of 8 to play the 2nd ranked Xaverian Hawks at New England Sports Village on Saturday at 2pm.