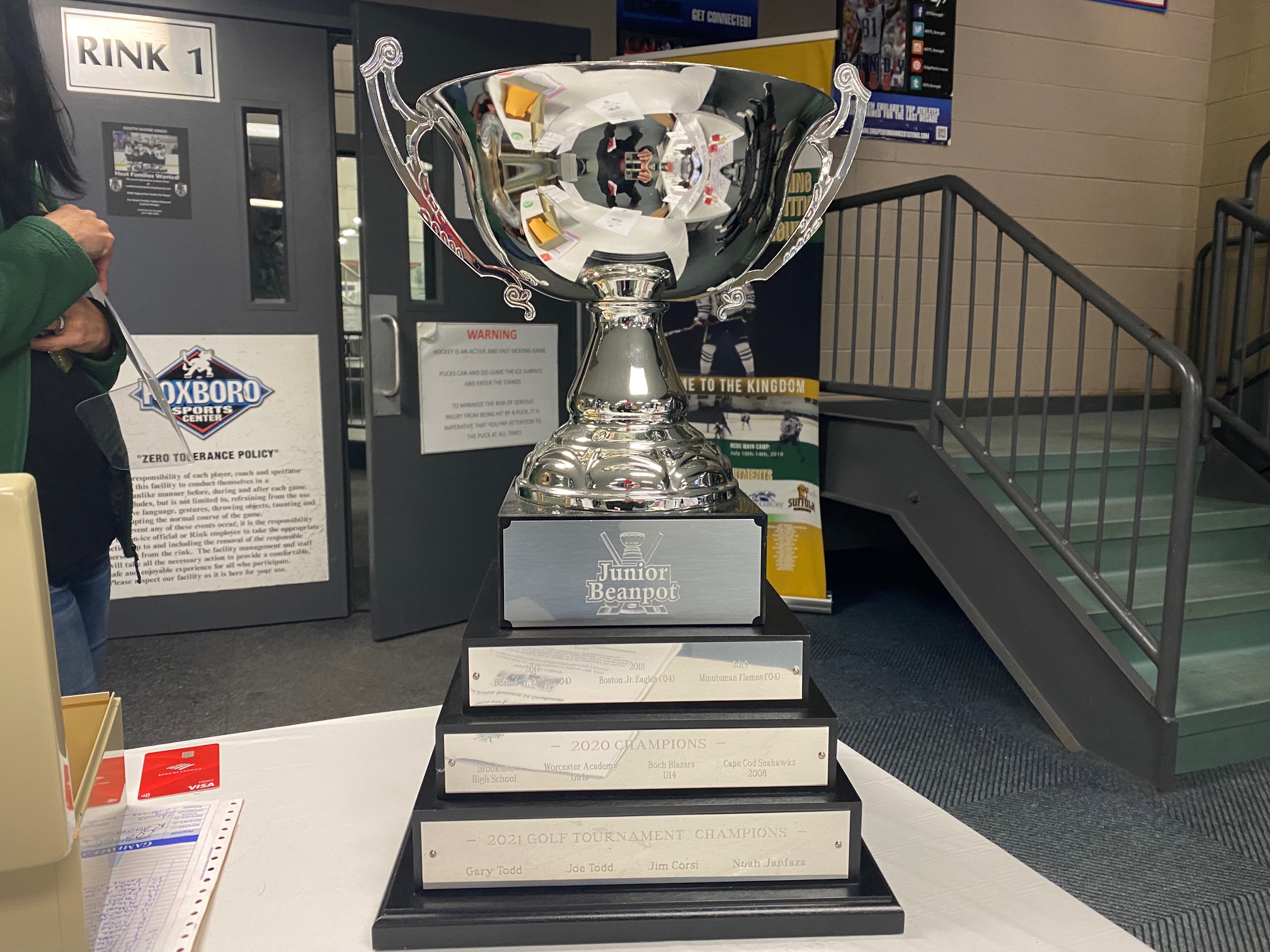 Foxboro, MA – Consolation Game, Lexington vs Newton North: The Lexington Minutemen and Newton North Tigers faced off in the consolation of the Jr. Beanpot tonight at Foxboro Sports Center. Sophomore Gavin Doucette started in the net for the Tigers. Big sophomore Luke Dinsmore manned the pipes for Lexington. The frigid weather seemed to carry into the rink as neither team found any consistent offensive pressure. Both goalies made some saves from the outside and Josh Donaghy for Lexington and Brennan Richmond for Newton North played solid hockey on the blue line. Newton had an edge in overall play. Junior Charlie Mansfield had a quality chance in the slot for the Tigers late but Dinsmore turned him away. NZ is looking for some heat and maybe some fireworks in the second frame.

The second period proved to be a bit more open and play was up and down the ice. Both goalies were forced to make some tough stops. With 9:25 left Dinsmore made a terrific save for Lexington in tight as he made himself big and struck down a point-blank chance. For the Tigers, Doucette had to flash the glove on some Minutemen chances as they put on a decent surge end of the period. The physical play improved with a penalty-free game intact after two periods.

The final frame saw the first penalty called. It was against Newton North with exactly 6:00 left on the clock. Lexington won the ensuing face-off and controlled the puck. Junior Liam Hunt pumped a low shot on goal with sophomore Dorian Hu at the netfront. Hu tipped the puck which resulted in a rebound right to senior Michael DeAngelis who put it into the empty net. Freshman forward Colvin Callahan added an unassisted empty netter for the 2-0 Lexington win.

On the opening faceoff, we noticed the Warriors’ wings and defensemen had switched spots for the draw. No big deal most times except the puck ended up on junior Emmett Teahan’s stick as he was flying up the wing. He entered the zone with plenty of space and ripped a shot off the far post. Classmate Steve MacDougall jumped on the loose puck and hammered it home for a 1-0 Brookline lead just eight seconds into the game. Brookline had a power play soon after with some chances and controlled play most of the period. Zach Sneider was not really tested in the Warrior net while senior Feehan goalie Ethan Bairos was under siege at times. Brookline took a penalty late and the Shamrocks will have 56 seconds of power play time to start the second.

Feehan struck 5-on-5 to tie the score just 1:22 into the middle period as junior Jonathan L’Esperance snuck one by Sneider. Assists went to Brendan McNeil and Benjamin Feeley. The Shamrocks took back momentum and played a lot of hockey in the Brookline end in the second period. Brookline took two penalties and had to kill off a minute of penalty time to start the period so they were short almost a third of the frame. Brookline was not able to string dangerous shifts together. The period ended tied at 1-1.

The third was fast and physical. Both teams showed energy and were gripping their sticks tight on each faceoff. Bishop Feehan’s George Besarick ripped home a pass in the slot to give the Shamrocks the lead with 3:23 left. Colin Findlen, who played a tough game, picked up an assist. Feehan scored an empty netter to seal the game with 1:35 left as Thomas Franzosa raced past everyone from his end to make it 3-1. Despite being a great game and terrific event for charity there was some bad blood between the two teams. A Feehan player took a charge/hitting to head/hit from behind the next shift and injured the Brookline player. It was uncalled for and he was ejected from the game.

Brookline and Jacob Gurdin should be very proud of this event. It was well run, they made money and two great games were played. NZ enjoyed the experience and we hope you will donate to this great cause.